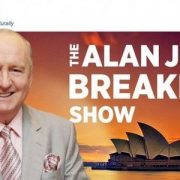 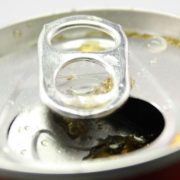 THE fizzy drink can, which many of us happily wrap our lips around every day, could be harbouring more germs than a toilet seat.

News.com.au undertook a series of cleanliness tests to check the amount of organic matter and bacteria, which could include dangerous bugs such as salmonella and E.coli, on the things we touch everyday outside the home.

E.coli, commonly found in the intestine, can indicate the presence of faeces and is a cause of food poisoning.

The results showed that the items we come into contact with on the daily commute — including grab handles on trains and buses, road crossing buttons, ATM keypads and bathroom doors, are so filthy that if the surfaces were in a supermarket or hospital they would likely be shut down by a health inspector until they were deep cleaned.

Some surfaces were 10 times dirtier than the highest recommended levels of cleanliness.

The tests were conducted by sanitation and hygiene management company EarthEcco and look for adenosine triphosphate, an enzyme in all living cells that can be used to measure hygiene levels.

EarthEcco’s CEO, Jake Tyson, said that ideally the test should have a reading of below 30 RLUs, or relative light units. “If it’s above 30 it’s not clean and you don’t want anything between 135-300 as there will be a lot of bacteria. What it tells you is this area hasn’t been cleaned properly.”

“Salmonella and E.coli are the main strains that make you sick,” he said. “You hear about cruise ships where people have been taken to hospital because of E.coli and you don’t want to pick that up because you’ll be coming out at both ends.” 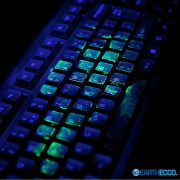 We let a professional germ buster sweep our office for pathogens

WHEN a professional germ buster offered to sweep the news.com.au office for pathogens, I’ll admit I was pretty nervous.

Like many journos, I have been known to eat at my desk while typing frantically, and I’m aware that this is not the most hygienic of practices.

I’d like to say I give my keyboard a regular scrub with antibacterial wipes, but in reality it’s about once a month.

But curiosity got the better of me, so I accepted EarthEcco cleaning company founder Jake Tyson’s offer to give his fancy germ-detecting machine an official tour.

Who would have the filthiest desk at news.com.au? Would it be one of our burger-loving reporters, a member of the product team or a well-manicured sales exec?

In order to make the challenge as fair as possible — and ensure my colleagues didn’t cheat by doing some last minute spring cleaning — I put up a bottle of wine as the prize for the dirtiest workspace.

Here’s how it played out. 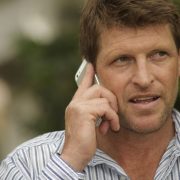 It was enough to give Tyson a chance to reassess where he was and investigate different business ideas. He decided to focus on “anything to do with commodities”.

“It’s one thing to be passionate about what you are doing but it’s another to make money from it,” Tyson says.

In the United States Tyson went to a food processing plant with a friend and was intrigued to see the employees “suiting up as if they were about to walk on the moon” when it was time to clean up at the end of the day.

“I found it hard to believe that the harsh chemicals they cleaned the plant with didn’t make their way into the meat,” Tyson says.

“I thought ‘Crikey there is something here I can change for sure.’ ”

The antibacterial spray you could drink

“It’s made from citric acid and derived from natural plant extracts,” he says. “It’s so safe you could drink it, it tastes terrible, but you could. The difference from tools is that I didn’t need any third party certifications for them but when you go into the health industry and food you need a million and one different certifications.”

Tyson signed a partnership deal with multinational company Bunzl which he describes as “the smartest move I ever made”.

Bunzl now orders, stocks and delivers EarthEcco to its customers while Tyson focuses on marketing the product.

Having set about disrupting the food safety industry Tyson is now targeting the childcare and medical industry.

EarthEcco already has a revenue of $1 million and Tyson says in two years time he expects turnover to be more than $50 million as the business expands. 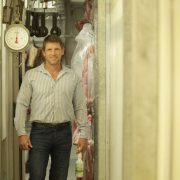 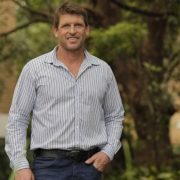 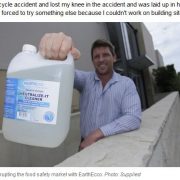 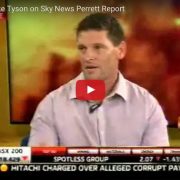